HURRY! STOCK OF THIS BOOK AS OF TODAY IS LOW

"A true leader is one who has mastered the effectiveness of taking action with the passion that magnetically engages people to enthusiastically grow his mission. Antti is this leader. To read this book is to choose to be infused by his Passion for Excellence!"

You don't need to come on Monday. You're fired!

Those were the words that got branded in my brain at the end of my very first test manager assignment. It was a project developing a state of the art touch screen smartphone that would revolutionise the world.

"This is an opportunity of a lifetime", I thought when starting on the job. So, I spent the first six months perfecting our testing processes. We were doing everything as right as humanly possible. Our acceptance tests championed a pass rate of 98% and the feature owners cheered.

The lightning struck when our CTO got the prototype in his hands. The screen had haptic feedback so that tapping it would feel like pressing real buttons. The feature was specified just right. "The device shall produce a haptic feedback on a screen event in less than 50ms"

Two weeks later I got the message. I got fired and the whole project got terminated.

I blamed everyone else for the downfall. I blamed the stupidity of my clients, bosses and colleagues until one night months after the incident I woke up in a realisation.

I had nobody else to blame but myself. After all, I had been the test manager. And looking myself at the mirror, I knew I had lacked the skill to see and lead our quality to a better outcome.

In this book, I've compressed everything that I learned and field-tested since. 15 years of learning by doing, and over 2200 personal meetings on how to succeed in software development is now compressed into this diamond. Storytools of Testing: The Most Unlikely Toolkit of a Testing Professional 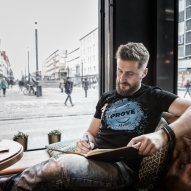 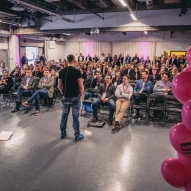 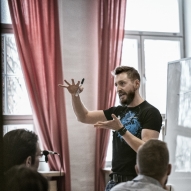 What will you learn?

Common sense rarely guides decisions about software testing. Learn exactly what you can do to hack the system!

Software testing is improving things through others. Learn how to transform your influence over clients, peers and bosses!

Leadership requires no title. Get a toolkit to skyrocket your leadership inside your organsation! The rewards are handsome!

Never again face comments like "That's not a bug, that's a feature". Learn how to pitch your results in a way that sticks!

End the struggle of how to explain how testing should be done. Now you have tools to do it!

"It's true that the first book is always the hardest to write. Regardless, this book might just be the best thing I've read in a long time."

"Even though I've heard about the author, I wasn't sure if this would help and OMG, this book absolutely blew my mind and made me see professional software testing in a new way!"

"This book really made me rethink the way I communicate and act as a software testing professional. Highly recommend"

GET YOUR COPY NOW!

Get the E-Book instantly! 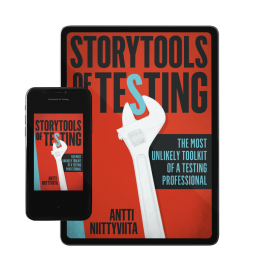 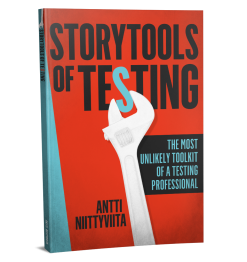 Order now and get a FREE bonus!

Order now and get FREE a bonus! 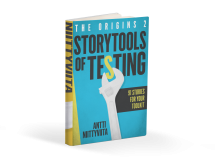 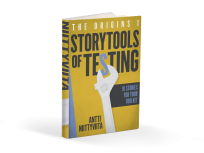 Get two e-books with the origin stories created during the writing process!

Get two e-books with the origin stories created during the writing process!

HURRY! STOCK OF THIS BOOK AS OF TODAY IS LOW

This book is distilled from experiences of a tester boy who set out on a perilous journey by taking a leap of faith. Founding a new business in 2006 might not have been the smartest move, but that is how it all started. Through the financial crisis and adversities that followed, Prove Expertise Ltd. grew to 45 testing professionals and has sent out 15M€ worth invoices for testing services. Over the course of these 14 years as a testing professional and a CEO, the author has met more than 2200 people in one-to-one discussions about improving testing practices. From these experiences, the book finally emerged.

YOUR PROFESSIONAL LEVELUP IS WAITING!

Get in touch with the author to ask more